Jenna Edwards graduated from Ryerson University with a BFA in Photography and was presented with the Best Graduating Student award at Ryerson’s annual Maximum Exposure exhibition.

Since graduating she has traveled to Paris for a photographic conservation and collections management workshop, received the Best Photography award at the 2007 Toronto Outdoor Art Exhibition, and been chosen for Magenta Foundation’s Flash Forward: Emerging Photographers 2007 and upcoming 2008 publications. Most recently, her solo exhibition of the Accumulated Histories: Collections of Family Photographs series at Toronto’s Harbourfront Centre was selected as a CONTACT Photography Festival 2008 Feature Exhibition.

In September 2008 she commences a Master of Fine Art degree at the Nova Scotia College of Art and Design University in Halifax. 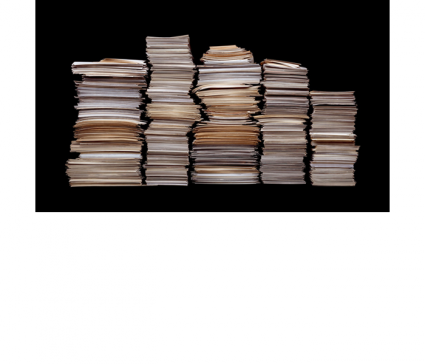 The Collection of A.& J. Marascio