b. 1951
Claudine Ascher was born in Alexandria, Egypt in 1951, of Franco-Italian parents; her family moved to Brazil in 1953. Her influences, both visual and experiential, were multi-cultural and sometimes contradictory. The family came to Canada in 1962.

Ascher’s multi-cultural background predisposed her to pursue a many-faceted artistic practice. In the following years, she obtained a Bachelor of Arts degree With Distinction from McGill University in 1974, specializing in Theater Practice. In the eighties, he pursued dance studies in the Modern school under Elizabeth Langley while focusing on clay sculpture under David Dorrance. She graduated from Concordia University with a Bachelor Fine Arts Studio degree in 1983

From 1983 to 1985, she was a participant of various workshops and programs at the Banff Centre School of Fine Arts. She had the great pleasure of working for, with, or learning from artists such as Denis Oppenheim, Rita McKeough, John Roloff, John Cage and many others. In 1984, while continuing her artistic practice, she became an employee of the Professional Development Department.

In Montreal since 1985, Ascher has established a solid reputation in the three areas of artistic practice that most interest her: creation, exhibition and education. Since 1984, she has had numerous solo exhibitions in Banff (Alberta), Montreal (Quebec) and Cornwall (Ottawa). Her works are part of private, public and corporate collections in various cities, including Kunstat in the Czech Republic, where she was one of six clay artists representing Canada in an exchange program in 1996.

She has also participated in group exhibitions, events and workshops regularly, some of which she has organized herself as an art educator and gallery curator. She has over twenty-five years experience teaching art techniques to all levels of students both in the school system (she obtained Quebec teacher certification in 1978 and a Master of Arts in Art Education from Concordia University in 2005), and at the major independent art centers in Montreal. She also has been the Director/Curator of Galerie de la Ville (Dollard des Ormeaux, Quebec), a professional, non-profit gallery with a dual artist promotion and educational mandate, since 1988. 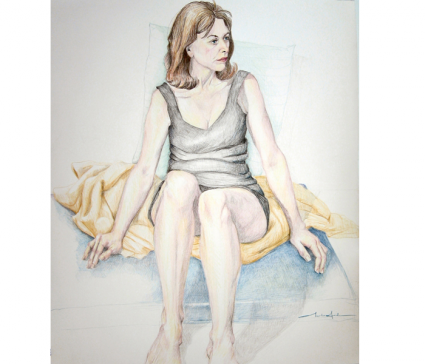