Since completing her MFA at the University of Saskatchewan in 2001, Cline has pursued her art practice while working in a series of Artist in Residence programs. In 2006 Cline was the writer, host and co-producer of a regional Saskatchewan television series, ‘Art from the Start.’ She is currently writing and hosting the television series 'Art Inclined', which examines artists and history, and will air on SCN and Treasure HD in February, 2007. 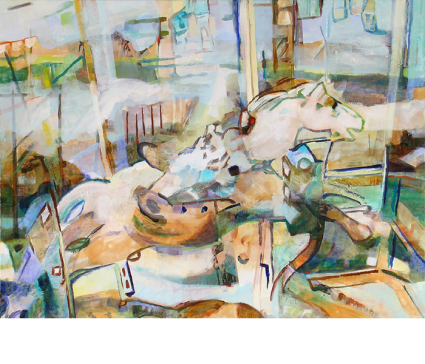