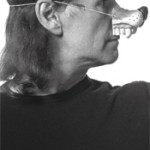 Born in 1951 in Quebec City Michel Harvey settled in Montreal, where he studied fine arts at the Université de Québec.

For many years, clay was his material of choice. For the past two years, he has passionately devoted himself to creating works of art that leave no one unmoved.

His approach can be simply summarized in the following way:

I collect what others have thrown out on the street and I present them to you in a different way.

“Garbage” is Harvey’s new material of choice, but not just anything that’s been thrown away. He uses only the litter found on the streets and sidewalks of the city. These bits and scraps are collected and sorted by colour to be used when needed. The entire image is created with salvaged items: the support is made of salvaged wood, and recovered paint is used for the base layer. Once the image is complete, the work is coated with a layer of transparent resin that protects it and makes it more appealing to the viewer. One man’s trash is another man’s treasure. 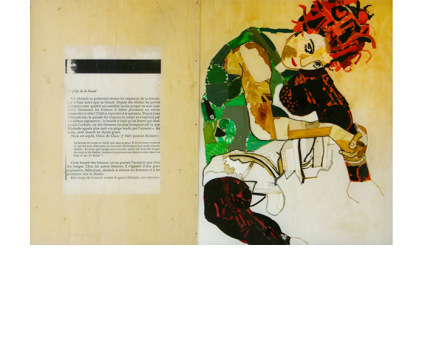