b. 1940
Kenneth Michael Kirkby was born September 1, 1940 in London, England. He arrived in Canada on September 2nd, 1958. After one year of working at various jobs in Vancouver, he made his way northward, eventually arriving in the Canadian Arctic. During a five-year period he lived with various groups of Inuit and travelled Canada’s far north extensively, recording the landscape, the people and the conditions in a vast collection of drawings. Upon his return to Vancouver, he began translating the thousands of sketches completed in the Arctic into his oil paintings.

For the next decade Kirkby’s work was shown in the Alex Fraser Gallery in Vancouver as well as many others across Canada, the United States and Europe. In 1981, he moved to Toronto. The images of the north and of the Inukshuks continue to be the main themes of his work. 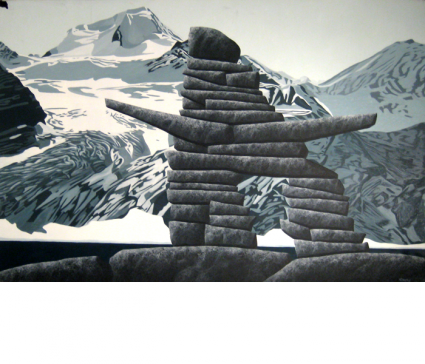