b.1979
B.J. McCarville is an oil painter and installation artist currently living and working in Charlottetown, PEI. Born October 17th, 1979 in Charlottetown, she has recently returned home following a decade studying, teaching and art making in Montreal, Edmonton, Fredericton and Saskatchewan.

She completed her BFA in Studio arts at Concordia University this summer with a shared concentration in painting and sculpture. Her artwork focuses on light, time, place and narrative.

B.J. has recently set up a home studio practice and currently has work on display at Details Past and Present Gallery in Charlottetown. She participated in a three-week artist residency at The Works International Art and Design Festival in Edmonton June-July 2010, and has organized and participated in group exhibitions and performances in Montreal, Fredericton, Shelmouth and Edmonton over the past five years. 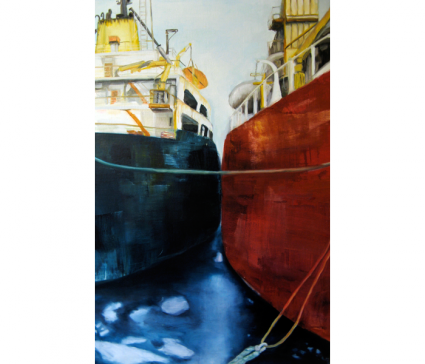