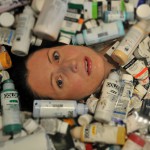 Brandy Saturley was born in Victoria, Canada. Self taught at an early age, she is an archiver of things, guerilla photographer and prolific painter. She graduated from college with a 2 year associates degree in Visual Arts, as well as an associate degree in feature film production. In Summer 2012 her painting 'Goalie's Mask; red, white & Dryden joined the collection in the hockey gallery at the Canadian Sports Hall of Fame in Calgary. She has also been commissioned by Canadian Tire and Canada's Sports Hall of Fame to paint portraits of Canadian athletes. 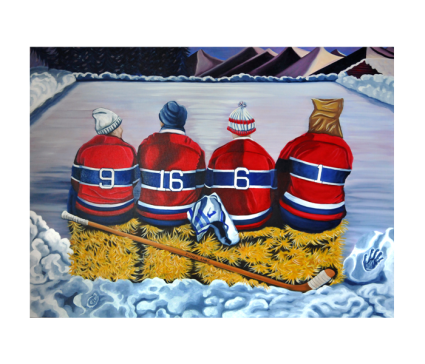 A Punch Line & An Unknown 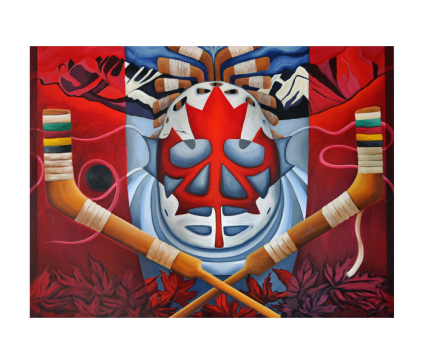 2011 "I See Mountains" | The Showroom Gallery - Victoria, BC CANADA

2010 Three Degrees of Separation | The Showroom Gallery - Victoria, BC CANADA

2010 The Music and The Muses | Sol Gallery - Victoria, BC CANADA

2013 POTE: Painting on The Edge | Federation Gallery - Vancouver, BC CANADA

2010 POTE: Painting on The Edge | Federation Gallery - Vancouver, BC CANADA

A Portrait of the Visual Arts in Canada, Artist feature 'Kissed', August 8, 2012