Karine Savard lives and works in Montreal, where she received her Undergraduate Degree in Design Arts with honorable mention at Concordia University.Throughout her career in graphic design, she explored different mediums that now inspire her current artistic practice. She already has solo exhibits both in Montreal and internationally. Her works have been, for example, presented at the Biennial Poster Exhibit in Mexico, and also at the canadian pavilion during the Universal Exhibition in 2005 in Aichi, Japan. In 2009, she moved to Paris, France for a year, to develop her skills and to exhibit her work.

The essence of her painting is a feeling of isolation, that she plays with in a falsely naive style, through characters or landscapes both real and imaginary. She plays with the contrasts and similarities between the two universes, by adressing certain themes such as innocence and violence, fantasy and delusion, and also by juxtaposing organic elements with architectural ones. 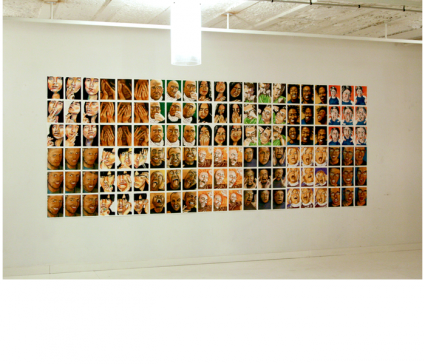 watercolor and ink on paper