b. 1961
Giselle Silvestri was born in Toronto, Canada in 1961. After completing her studies at the Ontario College of Art, Giselle focused her work on commercial work with major corporate and institutional clients in Canada and United States. They include Cara Operations, The Second Cup Coffee,Lakeridge Health Centre, Dorval Airport, and The Great Canadian Bagel. In the past decade, Giselle has fused her media of mass audience into utilizing popular icons to address serious topics and sometimes adding a touch of humour. Through the easily recognizable nostalgic images are soothing, while broadcasting what can be dark or controversial subject matter. Giselle has shown in group and solo shows in Ontario and is collected by private and public collections in N. America. Giselle is represented by ACA Gallery, Toronto. 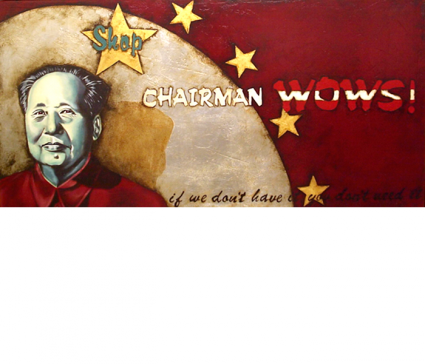 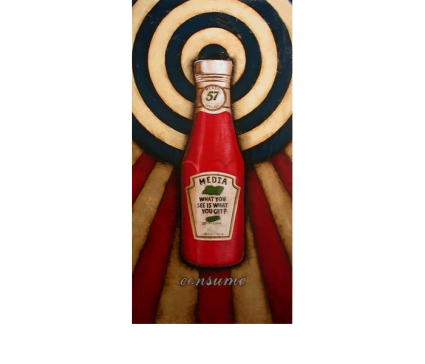