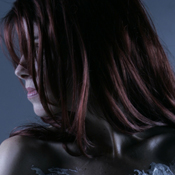 Heidi Taillefer was born in Montreal, Quebec, to a family rich in creative talent. She began drawing before the age of three and followed a decade of private art lessons until the age of 18, although she received no formal academic training in art. However, she pursued Humanistic studies at McGill University, which provided a foundation for much of the cultural and philosophical referencing in her art. She later worked as a commercial illustrator in parallel with her fine art production, her most notable contracts being with the Cirque du Soleil, Richard Mille luxury watches, and more recently Infiniti car company, for whom she painted an anniversary art car G37.

After numerous travels over the past twenty years, namely throughout the developing world, her perspective broadened and found itself increasingly reflected in her work. Taillefer’s tastes range from the ridiculous and the absurd to the sacred and sublime, and finds its way into her art as she paints mostly about philosophical observations on life, which are parlayed into an exploration of technological development in the world.

As an artist I have been influenced by a number of sources, from the natural world and quirky thrift shop objects, to oddities in general and all manner of artistic genres, surrealism to the abstract. I pursue the deeper meaning of things while possessed of a strong sense of humor. I paint mostly about philosophical observations on life which are drawn out of personal experience, and parlayed into an exploration of more universal issues, although my interests have generally encompassed ideological concerns about the environment and the impact of technology on society. My work is an original creative fusion of classical figurative painting, surrealism, contemporary realism, and mythology combined with popular figurative traditions ranging from Victorian romanticism to science fiction. It is consonant with some of the early 20th century surrealists such as Max Ernst and Giorgio DeChirico. I paint subjects comprised of seemingly incongruous objects characterized as symbolic, forming a complex composite of various elements and adds a contemporary spin to often classical icons. 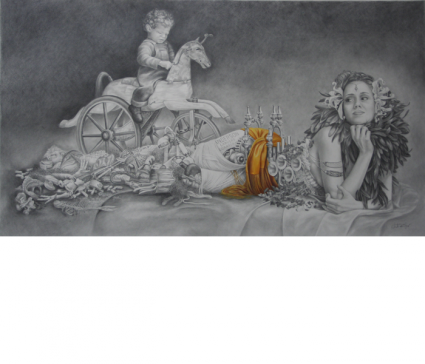 **NATIONAL WATERCOLOR SOCIETY travelling exhibition itinerary
(part of the Archives of American Art, a division of the Smithsonian Institute)