Natalie has been working in the medium of encaustic for 15 years. The large to mid-scale encaustic works are primarily figurative. The subject of identity and self-portraiture are tools used to develop a Canadian voice from the point of view of a first generation Swiss and Filipina immigrant.

Since graduation Natalie has received provincial and federal grants for her artwork, which she has been exhibiting since 1994. Her paintings are represented in various public, private and corporate collections in Europe, North America, and Australia. 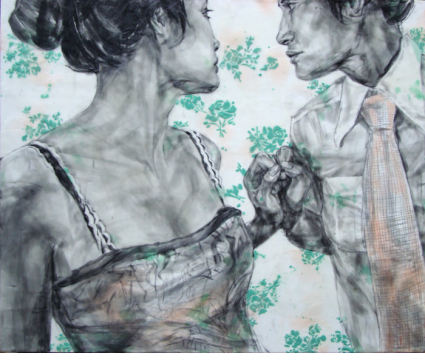 2003
Jan 18-14, Plot, Anna Leonowens Gallery, Halifax, NS
May, When I get up in the morning and go to work…, Struts Gallery, Sackville, New Brunswick.