b. 1976
Born in 1976 and raised in rural Alberta, Jennifer began painting young. She has since studied visual communications at the Alberta College of Art and Design and painting at the Ontario College of Art and Design. Jennifer completed both her third and thesis years at OCAD’s Florence, Italy campus, studying under Laura Millard and Paul Sloggett and graduating with honours in 2005. Jennifer remained in Italy to paint, returning to Canada in 2006. In 2007 she participated in a residency in New York City where she was exposed to New York-based critics and artists such as Jerry Saltz and Gregory Coates, the latter of which continues to be a supportive influence in her practice today.

Jennifer exhibits regularly with Toronto dealer Marcia Rafelman, and her work is in corporate and private collections in Canada, America, Italy and India. She currently lives and paints in Toronto. 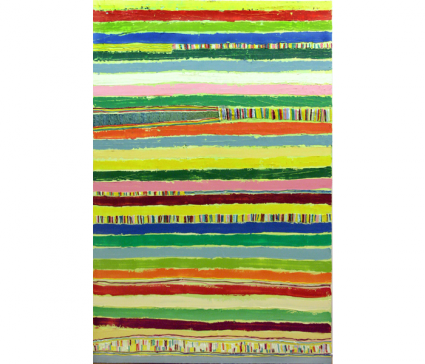