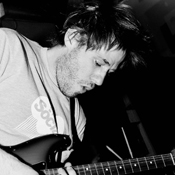 b. 1973
Vancouver based painter, Erin McSavaney, focuses on architecture; often over-looked or abandoned warehouses, factories, loading docks and alleys. His paintings often depict these buildings at night time when there is no human activity only the eerie light and shadows cast by street lamps. His work refers to photography in their format and high realism but at the same time a relationship to hard-edge abstraction and formalism with his use of straight lines, bold compositions and intersecting planes.

In his artist statement, McSavaney states; "Architecture is a mirror to humanity. More specifically, over time, buildings move from reflecting their environment and an architectural "vision" , to revealing their inhabitants and activities."

Erin McSavaney is a graduate from Capilano College and has been showing in Vancouver, Seattle, Calgary and Ottawa since 2003.

STATEMENT
The stamp of the definitive is avoided. No situation seems intended forever, no figure asserts its "thus and not otherwise." This is how architecture, the most binding part of communal rhythm, comes into being....
Walter Benjamin

Architecture is a mirror to humanity. More specifically, over time, buildings move from reflecting their environment and an architectural "vision," to revealing their inhabitants and activities. Human patterns of building, occupying, using, abandoning, and then often reclaiming, all have a marked affect on how structures -- and ultimately we ourselves -- are perceived.

Based on rules and parameters, architecture is premised on the creation of boundaries. But time and usage have the ability to strip intent and function from a building, revealing its inhabitants' successes and failures. Surfaces, stained and battered, become porous, transparent. Evidence of beginnings, middles, and ends
are clear. We are told "don't judge a book by it's cover," but we cannot help but use our environment to make economic and social judgments every day.

Most cities are built on top of forgotten and temporal places. City planners quickly tear down and replace the old, turning a blind eye to the truths these buildings reveal, constructing gleaming towers in their stead. Examining a city's overlooked buildings, its back alleys and loading bays, darkened street-ways and abandoned factories, reveals as many truths about its citizens and spectators as it does their own actual functions and inhabitants. 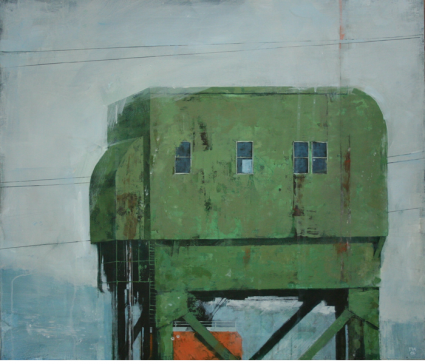 Rediscovering True Love at the Eldorado 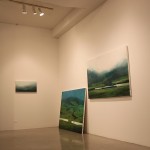