A native of Saskatoon, Graeme Patterson now lives in Halifax. He holds a Bachelor of Fine Arts Interdisciplinary degree from the Nova Scotia College of Art and Design (2002), and also studied at the University of Saskatchewan’s College of Arts and Science (2000).

His work has been exhibited almost everywhere in Canada, including at the Illingworth Kerr Gallery of the Alberta College of Art + Design (Calgary), The Rooms Provincial Art Gallery (St. John’s), the Mendel Art Gallery (Saskatoon), and the Open Spaces section of the Toronto International Art Fair, as well as in New York, at the Eli Klein Fine Art gallery. Graeme Patterson is a finalist for the 2009 Sobey Art Award. 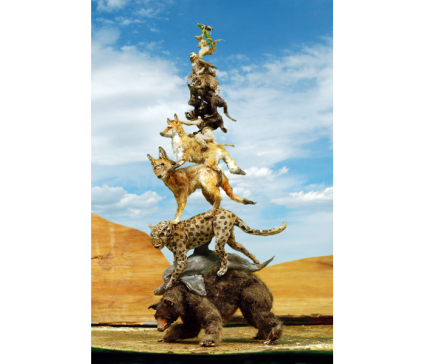 May 2007: Screening of “Monkey and Deer” at the 2007 World Wide Short Film Festival, Toronto, Ontario